One Bernam sells 23% of total units at launch

One Bernam sales gallery, where over 90% of units sold were one- and two-bedroom units favoured by investors (Photo: Samuel Isaac Chua/EdgeProp Singapore)

SINGAPORE (EDGEPROP) - Singapore’s MCC Group and Hao Yuan Investment announced on May 9, that over 80 units or 80% of the first phase of 100 units released at their joint venture project One Bernam were sold. This means, about 23% out of a total of the 351units in the 99-year leasehold, mixed-use development has been sold.

The average selling price of the units sold was about $2,650 psf. More than 90% of the units that were taken up were one- and two-bedroom units sized from 441 to 872 sq ft, priced upwards of $1.017 million. Most of the buyers are said to be Singapore citizens and Permanent Residents.

In addition to the 351 residential units, One Bernam contains a two-storey retail podium of 15,726 sq ft, and one floor of serviced apartments with 13 keys.

While one- and two-bedroom units make up 91% of the residences in the project, there are 29 three-bedroom apartments of 1,421 sq ft. There are also two units of three-bedroom penthouses with sizes of 1,744 and 1,948 sq ft, while the largest penthouse is 4,306 sq ft in size and contains five bedrooms.

One Bernam is located at 1 Bernam Street within the Tanjong Pagar area in District 2. According to Ismail Gafoor, CEO of PropNex, the sales performance is “good and within our expectations”. This is because One Bernam’s launch came after a slew of other projects in the Core Central Region (CCR) or in the city fringe, or Rest of Central Region (RCR). 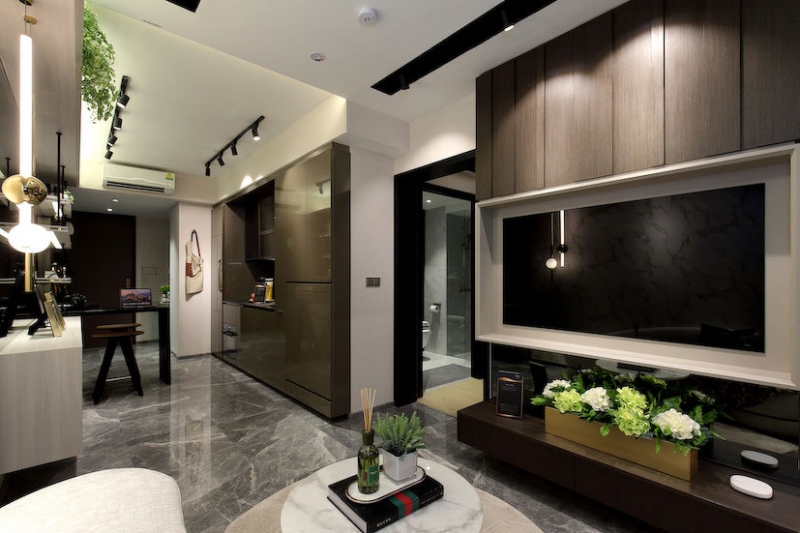 Like One Bernam, the majority of units in these developments were one- and two-bedroom units. “Such unit sizes and quantum prices from about $1 million, appeal to investors,” says PropNex’s Gafoor. “Hence, a lot of the investor demand had already been absorbed by the successive launches of these projects since the start of the year.”

Still, Gafoor adds, given the fact that investors had such a wide selection of choices prior to the launch of One Bernam, the latter had a commendable showing on its launch weekend. “Given the current market conditions, as long as a developer can cross 20% sales on launch weekend, it’s good,” he elaborates. “Projects that sell 40% of total units are considered very good, and above 50%, outstanding performance.”

Indeed, investors at One Bernam are buying into the government’s long-term plans for the Downtown area, which is being rejuvenated “into a vibrant place to work, live and play”, says Mark Yip, CEO of Huttons Asia.

Next door to One Bernam, the sale of Realty Centre has already been completed at the end of April, where MCC Group Singapore has a 30% stake in its redevelopment. Across the road is Fuji Xerox Towers, which will be redeveloped into a new mixed-use development with residences, serviced apartments and other commercial components. Both projects are taking advantage of the CBD Incentive Scheme offered by the government as part of its 2019 Master Plan to rejuvenate the Downtown area.

Given that One Bernam is right in the heart of the CBD, where many companies choose to have their headquarters – from start-ups to MNCs – this bodes well for the rental market in the future, says Huttons’ Yip. “Investors today will enjoy a first-mover advantage in terms of rental yields.”