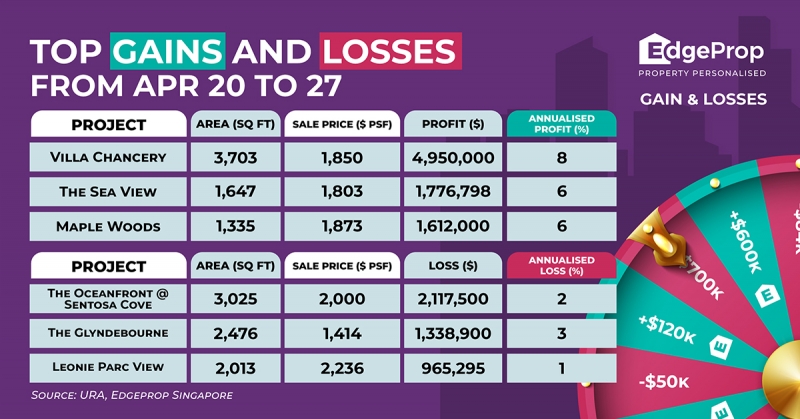 Located along Chancery Lane, Villa Chancery was completed in 1986. The 26-unit freehold condominium is a 10-minute walk from Novena MRT Station on the North-South Line.

The Sea View, in District 15, comprises 546 freehold units. It was completed in 2008 and is a seven-minute walk to the upcoming Marine Parade MRT Station on the Thomson-East Coast Line.

Maple Woods comprises 697 freehold units. Completed in 1997, it is a four-minute walk to King Albert Park MRT Station on the Downtown Line. 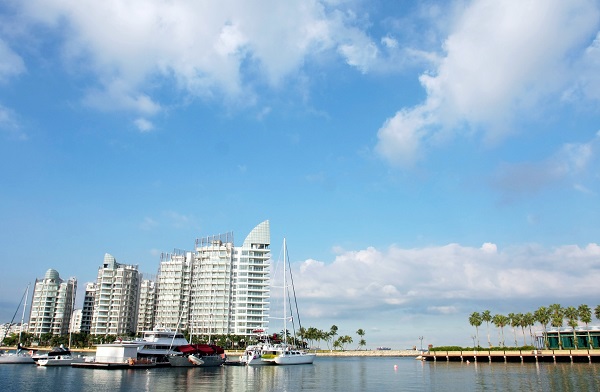 The Oceanfront @ Sentosa Cove, located along Ocean Drive, comprises 264 units on a 99-year leasehold. Completed in 2010, it is a 15-minute drive from Harbourfront MRT Interchange Station on the North-East and Circle Lines.